Heart of the Alien is a sequel to Another World developed exclusively for the Sega CD console.
The game switches the player's role from Another World; this time the player takes control of Buddy, the main character's alien ally from the previous game.

Original game data is required for playing - read the readme for installation instructions.

KEYS:
Stick: Up, Down, Left, Right

X: Shoot, keep down in order to run
B: Use your whip
A: Jump
X+B+A: Activate a bomb (only needed once)

The source code is inside the zip and on GitHub. 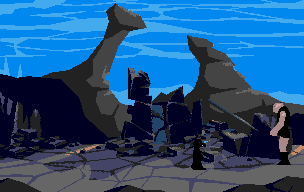