Some new pictures from the GamesCom:

The booth before the ruch... On the left, you can see the 8-player Daytonna US that is working well and is a great play.

Cave Story on megadrive crashes sometimes (but it play amazingly well most of the time!).

Retro fest (and you can see CaveStory does run on the Megadrive)... Also, cut on the right side you can see some 4-plyaer C64 Bomberman on a projected screen that seems fun.

Oh no! That was almost the last ball to reflect

Oh no! That was almost the last ball to reflect
Click to expand...

This needs to be either a photoshop template or a new avatar.

And some Pyra pictures.

I have 2 heatsink on my CPU board... 1 should be enough anyway.

Keeping track on how those motherboard runs.

And a working Pyra, along with other handhelds

Compiling kernel... Also note that my new main board has a defective LED on the keyboard retrolight. You can see the difference with and without.

ptitSeb said:
I have 2 heatsink on my CPU board... 1 should be enough anyway.
Click to expand...

Greetings
Nice Pictures..is there a Way for me to have 2 Heatsinks in my Future Pyra too?

I am one who realy want to stress my Pyra with PS2 Emulation,Qemu Windows Emulation and other Things.
2 Heatsinks are better than one.

Maybe i can Stick an Aluminium Cooler onto the USB Port to get the Heat Outside of the Device?

Don't all pyra's get 2 heatsinks?

If 2 Heatsinks fit inside the Pyra and the cutting is more Expensive than the second Heatsink, ..
But as I want my Pyra the most time to use as a 1ghz Pandora I don’t think I need a second heatsink

I've spotted that crash, still looks good when it is working. 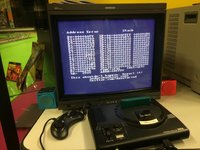 But this stuff can happen to others to, like this Nintendo Switch. 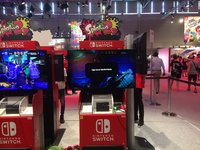 Sometimes at Gamescom you will see other hardware, like cars (those haven't crashed): 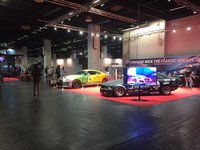 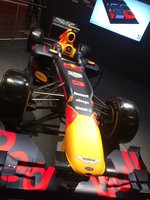 matzesu said:
If 2 Heatsinks fit inside the Pyra and the cutting is more Expensive than the second Heatsink, ..
But as I want my Pyra the most time to use as a 1ghz Pandora I don’t think I need a second heatsink
Click to expand...

That's just weird. Of course you want a 2nd heatsink. it makes your cpu run cooler and thus will prolong it's lifetime.

Well it’s like eating: the appetite (for destruction) comes whyle you eat,
I wanted to use my Pandora as a GBA whit GB and GBC Support cause I bought GB Micro and was disappointed that it’s only run GBA,
Then during the waitingtime on the Pandora, I bought some PS1 Games, and looked for a lot of fun other Games,

The Pyra will be a „New Pandora „ for me, so it’s should run everything the Pandora can, but on a much newer environment, more power, hopefully a case that is much tougher,

The Pandora is a bit flimsy,
It’s didn’t fall apart but i want a new device

ptitSeb said:
And a working Pyra, along with other handhelds
..img..
Compiling kernel...
Click to expand...

And browsing the internet via wifi in the background! Did you have to download any of the source packages over wifi there?

At Gamescom the wifi and phone signal is usually pretty bad as there are a lot of people using internet, but not impossible.

Here is a pic of Lego who also had a 'booth', in this case of a set of Minecraft legos. Not everything appears to be about digital games at Gamescom. 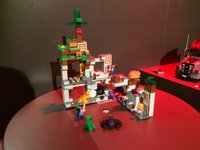 levi said:
And browsing the internet via wifi in the background! Did you have to download any of the source packages over wifi there?
Click to expand...

Yes, I downloaded build-essential and other dev library. I built HydraCastkeLabyrinth (2 times actualy, on the first day on Askarus's Pyra and on Thursday on mine), and here the kernel (with downloaded sources too).

Aaaand we've successfully returned to our home. Was fun again this year.
I got tons of photos, but mostly stuff that isn't Pyra or DragonBox related. The ones that are probably don't show anything new compared to the ones already posted above.
Still have to go through them though, maybe I'll post some another day.

elvissteinjr said:
Aaaand we've successfully returned to our home. Was fun again this year.
I got tons of photos, but mostly stuff that isn't Pyra or DragonBox related. The ones that are probably don't show anything new compared to the ones already posted above.
Still have to go through them though, maybe I'll post some another day.
Click to expand...

Most forum members aren't able to attend the Gamescom so I think non-Pyra photos are appreciated as well.
It gives context on what the Gamescom is about and how the Pyra fits in.

The Dragonshop booth is always in the same hall near the family second in the retro section. This hall has two floors, bottom floor is usually indie developers with a tiny booth (sometimes a single screen/pc-size stand).
I think I like this hall most as other halls are usually pretty big and not always have something to play with, and if they do they have a waiting line.
The indie and retro section is the opposite, it has a lot of stuff to play with and usually there is also someone near that knows the product or has worked on it (like ED with the Pyra).

Example of Nintendo's presents on Gamescom: 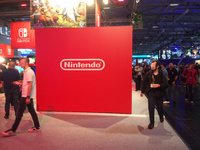 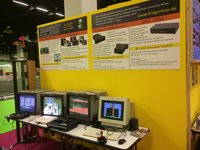 Compare this tiny wall showing the Nintendo logo to ED's booth, it's the same size.
The yellow part actually contains a door so ED can store his stuff inside.
Nintendo probably doesn't need to use the space inside theirs.

All of ED's stuff is within and around his booth, compare it to Nintendo who have multiple booths in multiple halls: 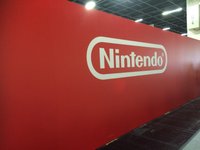 Just a wall saying "Nintendo" (might be in the business area, in this area some sections are like offices and you can't see what's inside. 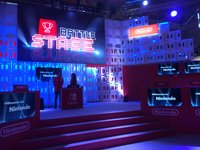 A stage that would fit a Pyra perfectly if ED would be selling millions or them. 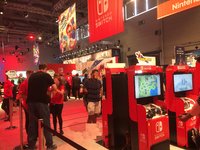 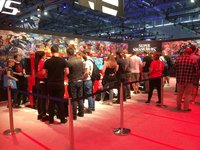 People playing games (yes I masked some faces, poorly, but I tried) but you can see how much space there is and there are more people then Switches to play with. 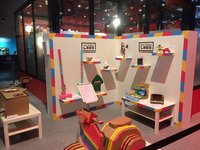 Some people send their own labo stuff to Nintendo, displayed here.
See that full sized moped...

Indie developers sometimes have a tiny spot so they have to make the most of the space they have.
Usually they are near to introduce anyone passing to their game.
Their spots are sponsored I assume as most screens look to be from the same brand. 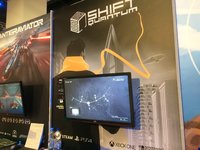 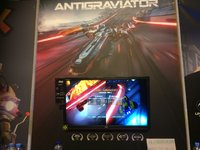 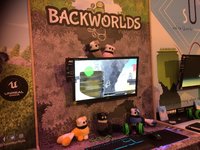 Here you see Shift Quantum, Antigraviator and Backworlds
Backworlds has some cute animals while Shift Quantum taunted water bottles (drinks at Gamescom are like 4euro's so you might get thirsty).
Links to the games:
Shift Quantum: http://www.shiftquantum.com/
Antigraviator: https://twitter.com/antigravgame?lang=en
Backworlds: http://backworlds.com/
Last edited: Aug 26, 2018

It amazes me how much equipment ED brings and how large that booth is.
A

I envy people that was able to visit gamescom.

I just feel a bit dissapointed. Expected some videos of Pyra running things (games, programs, webs ...). Although I would have enjoyed greatly just watching live a unit running the OS.

Thanks all for the photos.

I have bought serveral Hdmi Grabbers.
When i finaly have my Pyra..i will make a second Youtubevideoaccount only with Pyra Videos.

Stick to the one you got and continue from there.

His existing youtube account feels to me like a fitting tribute to all the Pandora can do, especially in gaming (which always shows things off best on youtube). If he wants to leave that as is and start a new channel/account, I don't have a problem with that.

Neither do I have a problem with it. Can't see a reason to start anew though. There's subscribers and views already and it's the same community. We have one forum for both devices.

Whatever. Do as you see fit.
You must log in or register to reply here.