The download link is in the second post here(mariopando's)edit There is a mediafire link containing png files and the actual publisher files in a zip further down in this thread.This is a basic Pandora leaflet i made with microsoft publisher. Feel free to download it, print it and put them in your local shop or bulletin board and advertise the pandora.Obviously you need to print on one side and then turn the same page(a4) over and replace in printer and print on the other side.Anyone can tidy up or alter this leaflet in microsoft publisher to make it better.Then resubmit it here to the forum.


Thanks for converting the files mariopandio.
Last edited by a moderator: Mar 26, 2012

The forum wont let me actually emded the images for some reason. Usually have no issue with imageshack links. These are 640x480


links to the files in their original sizes.

My eyes. They burn :blink:

NLS said:
My eyes. They burn :blink:
Click to expand...

Constructive criticism would be a bit nicer than that.


They look pretty good, apart from the squashed images and the red on yellow isn't too flattering either.

Nice leaflet, i got constructive crit if we giving..


-A bit more padding for the text in the boxes, comes a bit close to the edge in some lines.


-I would rearrange the names for team OP too so they read in order of the photo, for those who don't know who's who.


-The case sensitivity of the URL, uppercase 'www' and 'o' only, looks a bit odd imo

.png rather than .jpg

NLS said:
My eyes. They burn :blink:
Click to expand...


that said what I dislike the most is the squashed text... better reduce the font side than making it look like a 16/9 movie stretched on a 3/4 screen...

Do you need to register with image shack to see the images ?

I can see some potential, but I do have some constructive criticisms, here;


1: I can see what you were going for with the "Pandora Open." thing, but it may work better as a visual pun - perhaps have the first of those two photographs captioned with "Pandora...", and the one with the device open and surrounded by its included parts with "Open."?


2: There are some problems with the usage of capital letters, particularly on the predominantly red-on-yellow leaflet. I also think that it could be made a little more concise, and laid out in a slightly more dynamic fashion - such as using different shapes to contain different parts of the text, and making some of them smaller than others. Remember, a leaflet is something that only has a limited amount of time to make an impact. I've written up my take on it, below;


What is the Pandora?


A pocket-sized Linux PC and games console in one!


Perhaps a small circle, starburst, or similar could contain the text about what it can run, which I've chopped about a bit, here, so as to avoid being specific, but to spark the imagination.


Pandora is capable of emulating a variety of systems, and playing open source games!


All of your classic console, computer, and arcade favourites are possible - and more besides! You can even code your own!


The next part, I've changed a little, as these are more features, rather than technical specifications. Moreover, I've dropped a couple of lines, and expanded on some others;


Last of all, the closing text needed to be a bit more encouraging, so here's my take on that;


Join the community and pre-order now at www.openpandora.org!


I think that this comes across as more of a call for the reader to jump in and join us!


Last of all, perhaps a QR Code wouldn't go amiss? Since quite a lot of people carry devices that can use QR Codes to take them straight to websites, these days, something like that would make the difference between the leaflet being put away to be referred to later (and probably forgotten in the process), and scanning right then and there to see what it's all about. Here's an example of one, which points to http://www.openpandora.org ; 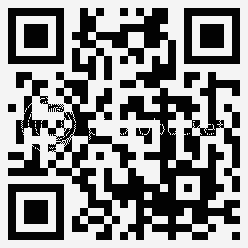 I hope that this is helpful in some way - I think that overall, it should give the leaflet a more enthusiastic and punchy tone, this way.
Last edited by a moderator: Mar 26, 2012


Possibly something more subtle that RED ON YELLOW - black text on white boxes on a pale blue background?

Your welcome for the conversion Wrath of Khan.


Green7 said:
.png rather than .jpg
Click to expand...


optional106 said:
Do you need to register with image shack to see the images ?

Not sure how it works i'm afraid. If theres better image / upload sites let me know.

I knew that this would come up. Leaving that out was actually deliberate - I think it's better to focus on what it's guaranteed to do, rather than "It can handle cards of up to 128GB, but there are some caveats, and you have to make sure that you buy the SDXC Cards that use a particular pin layout and electrical profile".


It's the same reason I left out various bits of hardware info, including the processor's speed rating - anything above what's guaranteed is just a bonus.

I don't know the ins and outs of publisher.This was my first time using it.If anyone wants to load the leaflet into microsoft publisher and tidy up the strecthed/misaligned text and resubmit it to the forum here then feel free to do so.

Better zip them up and put them on mediafire. The original size pngs still seem to be stretched. Did you deactivate resizing on upload?

I did deactivate resizing on imageshack but I'll see about making a mediafire account and zipping them up.


Hopefully that zip contains the PNG versions and the original Publisher files.


EDIT: Sorry for all the spellcheck lines - and the typos! You get the idea anyways - .odg available if anyone wants it
Last edited by a moderator: Mar 26, 2012

Binky said:
Which bits would you cut? What other pictures would you include?
Click to expand...

A fair question, though I'm no expert in flyer design either. Here are some remarks, based purely on my own personal preference.


Front: seems to be in right-to-left order. I would expect the customer comments on the right, or perhaps better on the back i.e. swap it with the 3 pics, like this:


Code:
The downside would be that the back becomes very text heavy again.

Show a picture of the Pandora and the dimensions in the image (e.g. held by a hand, <---8.3cm---> (like on the main site) or some coins for comparison). This picture is already shown on the front. The controls are obviously visible on the unit, no need to state the obvious. If you want to emphasize key elements then use some lines to short text.

Merge this into the About the developers section. Make it about the Pandora. The developers are an important part, the community is the other.


You cannot tell everything about this device. Decide what is really important and focus on that.
Last edited by a moderator: Mar 26, 2012
You must log in or register to reply here.

Pandora leaflet or flyer for advertising.

Pandora TV-Out How To