After years of blockades and skirmishes, the United States has just declared war on your country.

It has been discovered part of the Yankee fleet, and Japanese naval aviation is preparing to launch an attack.

You and your co despegáis with your Bomber Aichi D3A1 'Val', into an area where we have found an enemy aircraft carrier and a battleship.

Make a flight search and destroy, and monitor the Hellcats enemies. If you sink your carrier may not take off more fighters.

And remember, you're not a Kamikaze, you have to survive for victory. 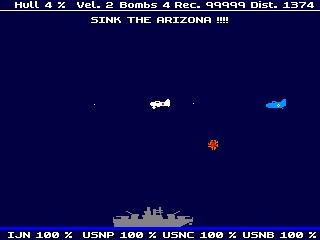