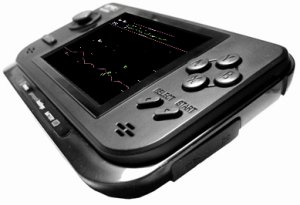 How to use it ? Everything is in the README.txt file.

This is the first version but should be the last version (only if major bugs are found).

Atari 800 series was my first computer.
Your work is very much appreciated.
Thank you.
Now must go and try it.

Sorry, but I suck at explaining stuff :P

Location
The cesspit of the world, Bradford U.K

Wasn't this already ported?
I


Yes, but zx-81 uses a common interface/GUI across all his emus and I like it!

The other port has a less intuitive interface.
Click to expand...

Yes it was already ported on gp2x. But this is a port of my PSP version to GP2X, and anyway, two is better than one , you have the choice now
Click to expand...

Nice one More Atari emu ports are a good thing. I had my real Atari XE's out this weekend, all just about still working... How about porting Thomas' Atari++?


Yes, but zx-81 uses a common interface/GUI across all his emus and I like it!

The other port has a less intuitive interface.

Actually they work pretty similar. The way you select the system and load disks etc are identical. I suppose that is because they come from the same source?

I was hoping one of these would be able to autodetect which 5200 ROM you load and select if it is a 16K or 32K cart on it's own. I always seem to pick the wrong one This could be done with a database as there aren't many 5200 games.

Also ZX-81 do you think you could add a scroll wrap feature to the Atari menus(the blue menu screens)? I think that would be relatively "easy" right? It seems like the loading and disk stuff is at the beginning and the warm and cold boot are all of the way at the bottom, making you do alot of scrolling everytime to start a game. Since you have to do these things every time it would be quicker if you could just press "up" to get to the bottom options faster.

Also in the ROMs select screen a 2 column screen like Foft's emu would help if you have alot of ROMs.

I noticed a sound bug in a few games. Try the opening scene on Rescue on Fractalus. Compare that with Foft's emu. The opening "Lucasfilm" is a good test. Galaxians in 5200 seems to have some sounds getting garbled/distorted. It seems that the emu isn't doing game volume changes correctly and sometimes on some sounds it increases game volume too far with no in between steps resulting in static/distortion.

After exiting the emu, the next app I load will just lock up the GP2X with a black screen.

Right now this emu is my only choice for 5200 as Foft's is broke for D-pad use.

Maybe just me but I couldn't figure out how to start Defender in the 5200. I can set player/difficulty but "start" wasn't responding.

Thanks for porting another good emu.
Click to expand...

I've given this a go since I've been experimenting with foft's a800 emu quite a bit as well and I wanted to compare them. I've noticed that some games (notably Atari 5200 Pac-Man) have garbled sound during the introduction with Gp2x that isn't present in foft's emulator.

One problem that I have with both emulators is their implementation of the 5200 keypad seems incomplete in different ways. I can not find the key that changes which level to begin on in Pac-Man in either emu (it's supposed to be the # key).

The rest is purely IMHO. I realize that part of the appeal of zx's emus is the common front-end interface, and this is very welcome for machines with less complex/more intuitive controls (read: consoles). But with the complexity of the the source emulator, and the inclusion of it's own back-end interface, the combination of the two feels klunky since you have to switch back and forth between either interface depending on what you want to set up.

Personally, I was hoping that someone would convert the Atari800Win Plus emulator instead. Despite being a little too Windows based to be easily ported, it's much more nicely contained, and seems to handle 5200 emulation more gracefully. But that is purely an observation made from comparing the emus on Windows alone.

Personal wishes aside, Gp2x-atari is a good first start. Congrats.

DaveC said:
Right now this emu is my only choice for 5200 as Foft's is broke for D-pad use.
Click to expand...

A highly unofficial build for dpad use is at:

procyon said:
One problem that I have with both emulators is their implementation of the 5200 keypad seems incomplete in different ways. I can not find the key that changes which level to begin on in Pac-Man in either emu (it's supposed to be the # key).
Click to expand...

Perhaps I should try this...

Is there a keyboard mapping sample file? I'd like to remap some of the keys to play wizard's crown and eternal dagger...

gates007 said:
Is there a keyboard mapping sample file? I'd like to remap some of the keys to play wizard's crown and eternal dagger...

You can run the game, then enter in the keyboard settings, change the mapping and save the file inside the emulator.
Last edited by a moderator: Dec 18, 2015
G

Thanks for the emulator, this is a great addition to the emulator scene!!! Couple of quesitons:

1. Is there a way to map joystick diagonals? I only see u/d/l/r in the key mapping screen.

2. When I try Wizard's crown - on the setup screen you can indicate you have 2 disk drives (and so I did). When I insert disk 2 in drive 2, the emulator crash... can you test this to see if this works... You are required to use disk 2 when entering a tavern in north east of your starting point....

Thanks for the emulator... it is great!
You must log in or register to reply here.