EDIT: On Steam and itch.io. Pyra version when I get my Pyra.

I've been making a Pyra-themed game heavily inspired by Zelda and Dark Souls. The plan is to complete and release a demo on the Pyra when I get mine.


The first dungeon's boss is Wally. He uses his banhammer to great effect.
Last edited: Jan 7, 2021

love it. why is Wally the bad guy?

Needs some Wallabies as adds..

ible said:
love it. why is Wally the bad guy?

There's no story yet but I'm thinking something along the lines of this being a post-apocalyptic world where all the Pyras disappeared and everyone's gone mad.

There's some auditory feedback but yeah it does need something visual. I'll probably make him flash.


TrashyMG said:
Needs some Wallabies as adds..
Click to expand...

Maybe Wallaby statues will decorate his dungeon... If I can be bothered to make the models...

Snakes I tell ya.. SNAKES!

In the distant future of the year 2025 a batch of Pyras was released to those who where chosen by the preorder quere.
Once our hope to lead us in the battle against the evil tech corp, but the Pyras where too strong, the chosen ones, tainted by its power, turned evil themselfes!
They used their Pyras to set up an proprietary ecosystem of mind control software, enslaving those foolish enough to gaze upon its glorious graphic features.
Freed of will and time victims where no more than puppets in the chosen ones hands, serving as feed for their evil spirits aswell as their army to conquer the series of tubes.
Some say they turned to zombies, but in their blind obedience they called themselfes users, hailing to their masters known as the staff now.
With hordes of users roaming the lands all hope seemed to be lost.

But in the vicinity of the worlds edge, on a small underdeveloped island, the wise wizard undexsym schemed resistance.
undexsym knew that the powers of the staff can only be broken by retrieving the ancient source code on the long forgotten Pyra prototype said to be hidden in an evil dragons lair.
He trained his young apprentice in the arts of the one thing the staff fears the most: Physical labour.
After years of training of how to hold a stick and a paperboard, to not walk into walls and how to bottom up energie potion he finally seemed ready.
Imposed with the tasks to find the prototype the now mature apprentice sets his feet in the front court of devil: The forum registration.
Just when he thought solving a captcha was all he needed to proceed to the realms of the forum, unspeakable ugly evil blocked his path: Wally.

ible said:
love it. why is Wally the bad guy?
Click to expand...

So is the aim of the game to fill the dungeon with trolls and spam, and mercilessly heckle the benevolent Evil Dragon?

I can imagine the type of character I might be role-playing as in this game, and I don't think it would be the "good guy"

Wally said:
Snakes I tell ya.. SNAKES!
Click to expand...

It's a character from Metal Gear Solid.

That is a pretty nice demo, good job.

Looks like Wally is drinking from a mug to restore health, you could make that the Pyra mug (might be to dark for the dark environment though):
https://www.dragonbox.de/en/193-pyra-mug-merchandise.html

TeDaDeS said:
That is a pretty nice demo, good job.

Looks like Wally is drinking from a mug to restore health, you could make that the Pyra mug (might be to dark for the dark environment though):
https://www.dragonbox.de/en/193-pyra-mug-merchandise.html
Click to expand...

Wally's actually the big guy with the hammer. The main character is EvilDragon. The design is based on this picture.

The mug contains coffee because I heard EvilDragon might be a fan.

The shirt he's wearing is also in the store btw (with front/back picture):
https://www.dragonbox.de/en/194-pyra-t-shirt-pyra.html

Yeah i'm the evil one for a change

Nice ! Do you plan to release it for Pandora as well?

ElPoco said:
Nice ! Do you plan to release it for Pandora as well?
Click to expand...

@undexsym You know who would be an awesome character? @DaMummy Dispensing dry humor while fighting you. 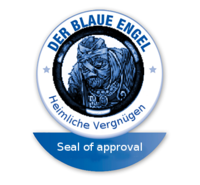 And of course This guy:

(but be careful, it's from a game "Rolling Thunder 2" and is copyrighted). And we have a serial... porter... that could digitize you.


Does Wally have a sentai pose and flashy/witty remark when he wins?
Last edited: Jun 11, 2019
You must log in or register to reply here.