Hey all, having a bit of a issue with reflashing my Pyra's eMMC with the latest v41 install image, I've tried it on two separate SD cards, and have been unable to get the reflash to work..
It seems like my Pyra just hangs after a minute of bootup information. Pausing at the error below: cfg80211: failed to load regulatory.db

Any suggestions or ideas? I know it's not the SD card itself, or Etcher writing it wrong, as I used the non install image for v41 (pyra-41.img.7z) and was able to successfully boot from the SD and run v41 on the SD card in the left slot.
If I remove the SD card, and let the Pyra boot back up as normal, it just goes back to the prior OS install, read: not flashed or formatted. 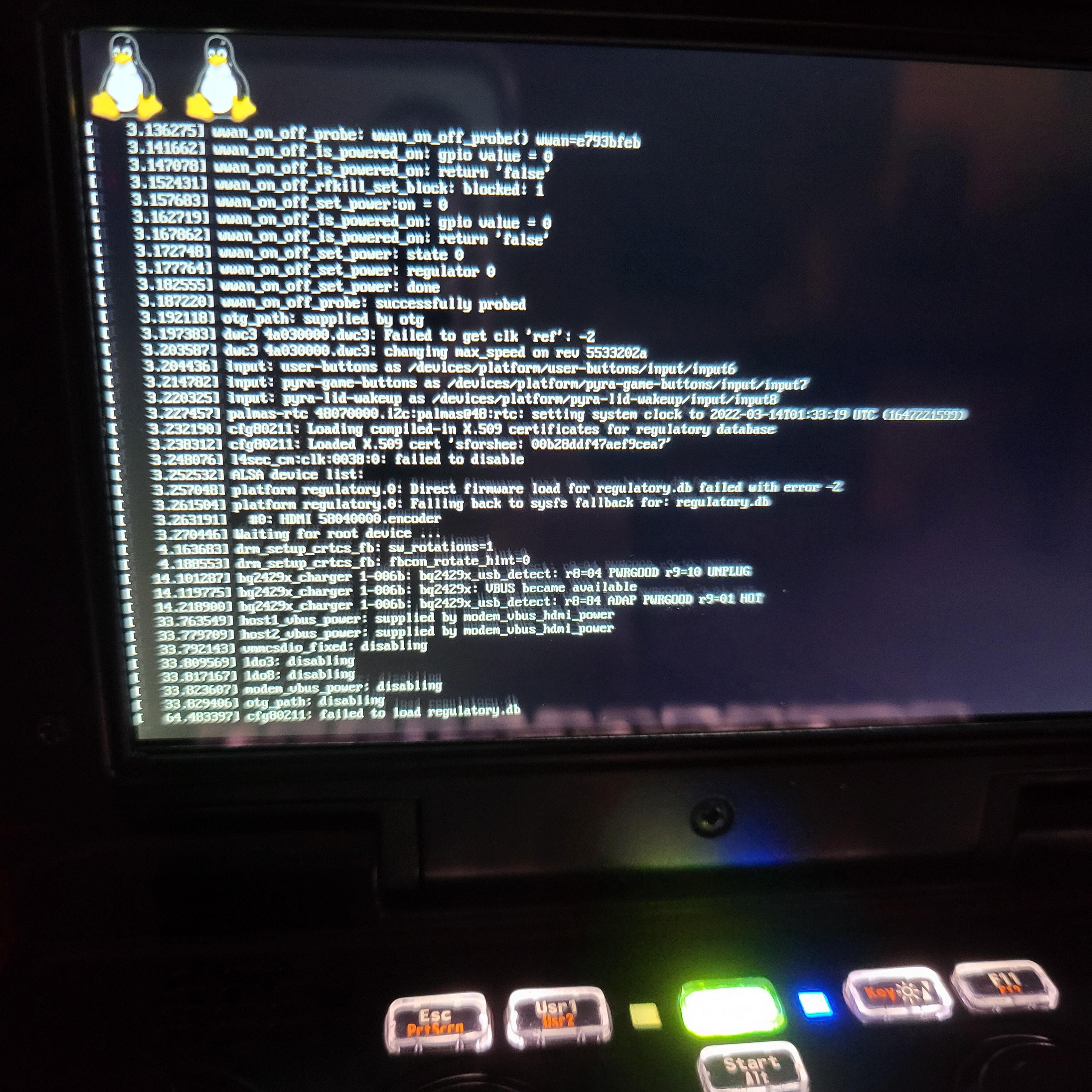 Well, I went into the:

And installed the "pyra-mate-bullseye-install.img.7z" image, which flashed my eMMC and installed perfectly.
I still have no idea why the Install images that are linked in the Wiki (Index of /images/buster) don't work, but someone down the road might find this information useful.

If the wiki is wrong, go and edit it. I'm sure we'd all appreciate it, even if we rarely tell you.

Noted! I tried to update the wiki, but for some reason it just throws me an error when I try to submit that the server connection failed.

Hmm, that's odd. I just tested it and it went through fine, although it appears I'm currently logged in as 'levi' while my user page is at 'user: Levi'

Asaggynoodle said:
Noted! I tried to update the wiki, but for some reason it just throws me an error when I try to submit that the server connection failed.
Click to expand...

When I went there and did a test edit (on my home page), I clicked on 'the pyra' up there and got to the pyra information page, and from there I was able to find a link to the 'pyra wiki'. Perhaps if I wasn't blocking javascript, I could find it from a drop down up top somewhere, but since I do I had to go through that mild palaver. But I guess the link I followed still counts as 'from the boards'.

Edit: I just tried for a url which my browser had remembered for me, and that worked too.
L

Gonna have to try the Bullseye 42

EDIT: Just realized that was organizing. No idea how I missed this before.
You must log in or register to reply here.

OS on SD Card only booted once